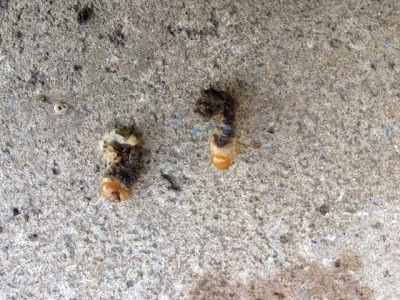 Grubs will take some time to be fully dead after a nematode treatment. see Dying Grubs Infected by Nematodes