Army worms in this part of the country are generally an agricultural pest.

In June, 2012, a former lawn care client in Caledonia called because they were having a big problem with their lawn.

Army worms from the nearby wheat field had invaded their lawn and completely devastated the turf.

The lawn at the time of these photos appears completely dead and gone. 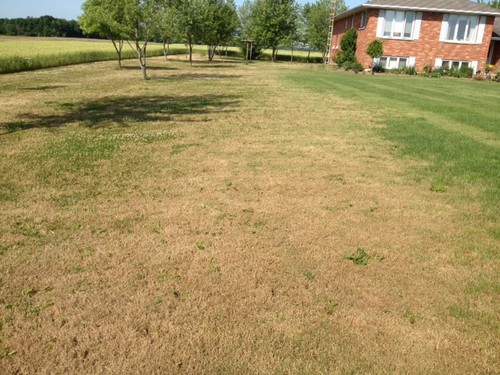 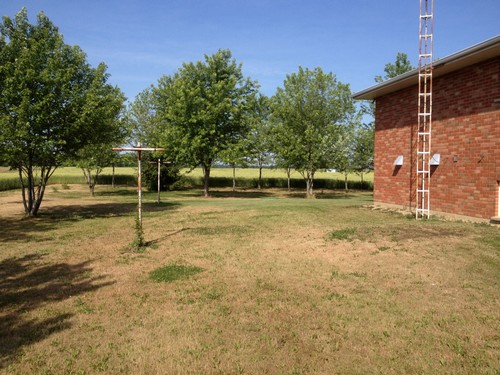 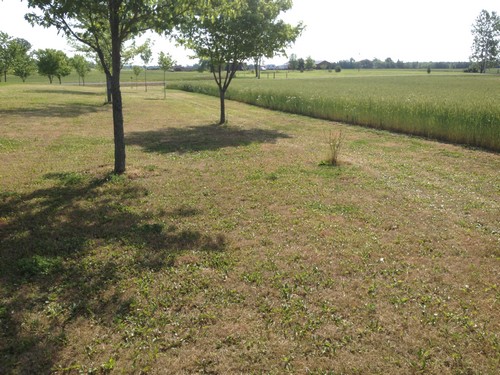 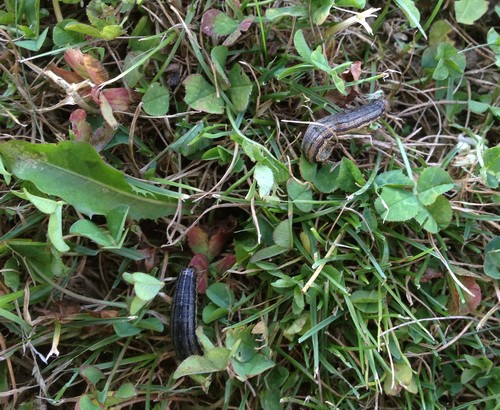 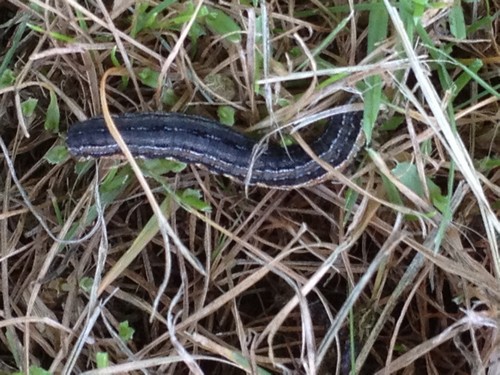 Normally army worms are not a lawn care pest in the Hamilton Ontario area. Normally the winters here are such the overwintering pest is killed off to such a degree that they do not have sufficient numbers to create a lot of lawn care damage. In the grain fields, it may be a different matter.

In September 2014, an ad agency called to use one of the Army Worm pictures on one of the shelf talkers to be used by Bayer Advanced. Apparently in Missouri and parts nearby, Army worm is a much greater lawn care pest. 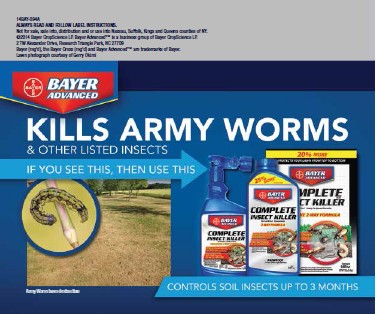